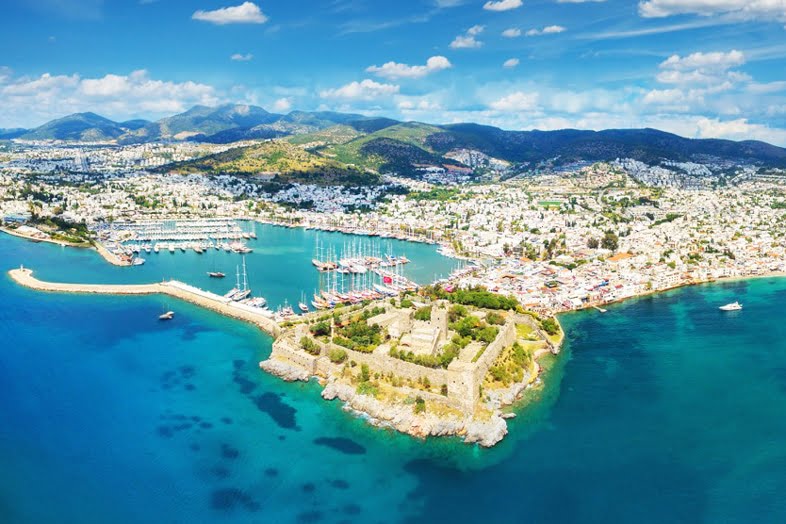 There are many reasons why Bodrum is known as a popular holiday destination not only in Turkey but also in the world. But one of the first reasons we need to underline is the history and historical monuments of Bodrum. Bodrum Castle, which has an important place in Bodrum, is the largest and most intact castle in the Mediterranean Sea.

Visited by about 300 thousand local and foreign tourists every year, the castle is not located on the top of the city but in the middle of the sea, unlike the known castles. The castle was built on a rocky ground between the two harbours and became an island in antiquity and then a peninsula by connecting to the city.

The castle, which covers an area of about 30,000m², has 5 towers. These are the French, British, Italian, German towers and The Serpent Tower. Today, the castle is used as a museum and the Bodrum Underwater Archaeological Museum is located within the Bodrum Castle.

If you come to Bodrum on holiday, we recommend that you spend a day here.

Settling in İzmir following the occupation of İzmir between 1344 and 1403, the The Knights of St. John took control of the Dodecanese Islands and Izmir. After the end of their rule by the Ottoman Empire and losing the places they’ve occupied, The Knights of St. John settled in Bodrum with the permission they received from the Ottoman Sultan of the time, Çelebi Mehmet.

Who Are the Knights of St. John?

They are also known as the Knights Hospitaller which was a medieval and early Catholic military order. It was established with the special permission granted by the Muslims to provide care for sick, poor or injured pilgrims coming to Jerusalem. Following the removal of crusader states in Jerusalem they settled first in Cyprus, then in island of Rhodes.

They set up a hospital on Rhodes Island and run the island as an independent state. That’s why they’re also known by the name of the Knights of Rhodes. They take advantage of their position on the Eastern Mediterranean maritime trade route and start piracy activities and spread to this area.

Some of them first settle in Izmir and then in Bodrum. They lived in and around Rhodes until the Ottoman Empire took over the islands on the eastern Mediterranean trade route in 1523. They are also known today as the Knights of Malta, as they later headed to Malta.

When Was Bodrum Castle Built?

Knights of St. John built strong forts not only in Bodrum but everywhere they captured. In order to protect themselves from the threat of the Ottoman Empire, they started to build Bodrum Castle in 1406. Parts of the castle are built at different times. The chapel is completed in 1406, the English Tower in 1413, and the first walls in 1437. It takes about 100 years to build, completing in 1522.

In 1480, Sultan Mehmet the Conqueror was disturbed by the piracy activities of the Knights of St. John on the Eastern Mediterranean maritime trade line. He sends a navy under the command of Mesih Pasha to Rhodes to end the knight’s dominance in this crucial region.

Mesih Pasha presses Rhodes but fails to occupy. The navy also bombs Bodrum Castle and causes a great damage. The knights don’t give up and use 160,000 stones from the Mausoleum of Halicarnassus to re-build the castle.

In a way it pleases the Knights. A new era of relationships begin between the Ottoman state and the Knights. Ottoman State doesn’t interfere with neither Bodrum, nor Rhodes for quite some time. Knights were relieved.

In 1520, Suleiman the Magnificent takes the throne and besieges Rhodes in 1523 to put an end to the pirate activities of the St. Knights of John for once and all who were threatening the Eastern Mediterranean trade. The Knights cannot bear this siege, they surrender on the condition that their lives be spared.

During the siege of Rhodes, Bodrum Castle and the island of Kos also came under the Ottoman rule. The chapel in the castle was converted into a mosque. The Ottomans use the Castle sometimes as a military base, sometimes as a prison.

In 1915, during the First World War, the French wanted to go to Bodrum on the grounds that the Germans were receiving diesel aid. The authorities of the period deny permission, conflict ensues. Then the French Navy bombs the Castle. The castle is again damaged by the fire of the French Navy ship. The southern ramparts of the castle are damaged and the minaret of the mosque gets destroyed.

The castle was briefly under Italian rule, and in 1921, Italian forces withdrew from the castle. The castle, which remained empty for 40 years after the First World War, is almost abandoned.

In 1960, the period of Bodrum Castle’s resurgence begins with the contributions of two distinguished names. Numerous underwater wrecks belonging to the Ancient Ages are discovered in and around Bodrum. George Bass, who is now considered the father of underwater archaeology and Oguz Alpözen, Turkey’s first underwater archaeologist, decide to convert Bodrum castle to a museum to display and protect these valuable finds from underwater.

Bodrum Castle was built in a rocky area between the two harbours and was first an island in antiquity and later became a peninsula. The square-planned castle measures 180×185 meters. Different parts of the castle were built at different times. The chapel was completed in 1406, the English Tower in 1413, and the first walls in 1437.

All the walls of the Castle, except the eastern wall, are reinforced by double walls. The inner castle is reached through 7 gates. The castle gates have crosses, flat and horizontal bands, dragon and lion figures. In the inner castle there are 14 cisterns, including below the Chapel. Castle blockhouse, water moat between double walls, suspension bridge, control tower and the signature of II. Mahmut are among the prominent places of the castle.

Where is Bodrum Castle?

Bodrum Castle is located in Bodrum, one of Turkey’s most popular holiday destinations in Mugla.  As you approach the center of Bodrum, you will see Bodrum Castle with all its majesty from a distance. The castle, which will be admired at first sight, is surrounded by the sea on three sides. If you want to come to the castle from other locations of Bodrum, you can also use the city minibuses. You can get more detailed information about this topic from our Bodrum Transportation Guide article. You can also find the location of Bodrum Castle on the map by following this link.

Various art events such as concerts and exhibitions are also held in Bodrum Castle in the summer. You can watch performances during the International Ballet Festival, listen to classical music concerts as well as Turkey’s prominent performers here.

Haluk Elbe Art Gallery, which hosts beautiful exhibitions each year, is located to the left of the entrance of the Castle.

Museum Card is also valid at the castle and allows two free entries per year.

Castle is the most important historical site of the town. One day may not be enough to see it thoroughly. In the hot summer period we’d advise you to visit early in the morning or later in the afternoon when it’s a bit cooler, comfortable shoes are also recommended. Dungeons are reached through a lot of steps, so it can be tiring to climb back out for elderly. The view of Bodrum from Castle is simply spectacular, make sure to check it out when you stop for a breath. 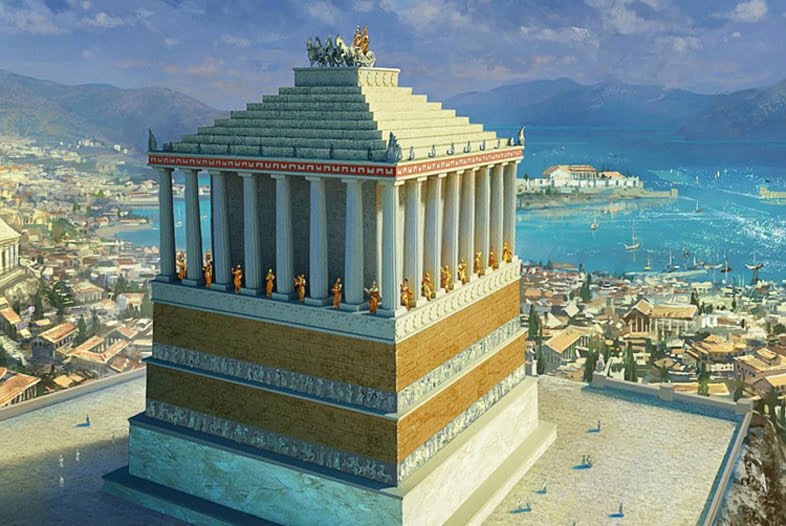