Bodrum Tour Guide and Places to Visit in Bodrum

Bodrum is the most important tourism center of Turkey, known throughout the world. A district of Muğla, Bodrum is generally known for its sea, sand and sun-themed summer holidays but it actually has thousands of years of history and many valued historical sites.

This Aegean town’s cuisine is also very rich. In other words, Bodrum is one of the important destinations not only for sea, sand and sun-themed vacations but also for gastronomy and cultural tourism. Unfortunately many of the visitors leave Bodrum without fully discovering it, but there are a lot of things to do and places to be seen. That’s exactly why we’ve prepared a Bodrum Tour Guide and Places to Visit in Bodrum so that you won’t miss anything when you come to Bodrum.

How to go to Bodrum?

Bodrum is also very close to many Greek islands, closest and most popular being Kos and ferries run from some of these islands to Bodrum.  There are different transport options within Bodrum. Bodrum Transportation Guide has been prepared with great care to answer all your questions.

When to go to Bodrum?

You’d be wrong to think that Bodrum is only nice in the summer months as the town is very enjoyable throughout the year. Bodrum’s locals and those who visit regularly would say the best time to visit is the spring. The town is simply beautiful in spring and autumn.

As we mentioned above, there are many historical sights to visit in town and it can be tiring to visit these in hot summer days. So if you are visiting Bodrum to discover its thousands of years of history thoroughly, spring or autumn would be the best time for it. Those who enjoy sea-sand-sun themed holidays should of course stick to the summer months.

One of the most common arguments about Bodrum is that it is very expensive. But the news we see every year about how expensive it is are not valid for the entire town. It is true that prices are high in places like Turkbuku and Gumusluk, regularly frequented by celebrities, however a brief search will be enough to find cheaper hotels. It is possible to stay in one of the all-inclusive hotels in places like Gumbet at quite reasonable prices.

We should also add that there are many reasonably priced pensions with a welcoming atmosphere to stay throughout Bodrum. There are, of course, many dining alternatives in Bodrum too, some can be described as expensive but also many for those with more humble budgets. So it is not fair to stay that Bodrum is entirely expensive.

PLACES TO SEE IN BODRUM

Amongst the things that makes the town attractive are the places to see. Therefore, it would be best to plan the period of your trip to Bodrum to cover these places.

Bodrum Castle, without a doubt, sits at the top of the list of places to see in Bodrum. Built by the Knights of Saint John in 1406 – 1523, the castle has made it through to present day almost totally preserved. The castle has sections such as the English Tower, French Tower and the dungeon. Located in the castle, Bodrum Underwater Archeological Museum is considered one of the finest in this field globally. The castle is located at the central of the town and we’d advise you to leave your entire day to see every corner of it.

The Mausoleum of Halicarnassus, which escapes the attention of many people visiting the town, is actually one of the most important historical sites that Bodrum is home to, as it is considered as one of the seven wonders of the ancient world. The mausoleum can be visited on Turgutreis Street which is very close to Bodrum bus station and open to visit every day except Monday.

The mausoleum was built in memory of King Mausolos by Artemisia who was his wife and sister at the same time. Many pieces of the mausoleum, which was one of the largest tombs in the period it was built, are unfortunately exhibited in the British Museum. But this does not change the fact that you should not leave Bodrum without seeing the Halicarnassus Mausoleum, one of the seven wonders of the ancient world.

Zeki Müren, who was named ‘The Sun of the Art’ is Turkey’s answer to Liberace and  had a big role in Bodrum’s popularization. The house where the legendary artist lived in Bodrum was turned into a museum after his death where his clothes and awards are exhibited and became one of the most visited places of Bodrum. It is also possible to see the artist’s car in the museum garden. Zeki Müren Art Museum is in Kumbahçe neighborhood in Bodrum city center. You can reach the museum with a pleasant walk on the street of bars. This museum is closed on Mondays.

Despite its bohemian atmosphere, Gumusluk is one of the most popular villages of the district and it is necessary to spend more money to stay and spend time here compared to many other places. With its many fish restaurants on the shore, it is a great place to experience the rakı-fish duo against the sea. There are also a few bars in the village and a historical church called Eklisia, where art events are held. Minibuses depart from Bodrum center to Gümüşlük and the journey takes about 45 minutes.

Gumbet, which is a 10-minute drive from the center, is also known as “little England” as it is flooded with English during the summer months. It also has a bar street and countless entertainment venues for all tastes. Its long coastline is perfect to go for a swim, eat and drink on the restaurants located on the beach and continue the night with crazy entertainment. We must also add that the last part of the coast of Gumbet is very shallow, therefore can be recommended for families with children. Also you should read Gumbet article

What to eat in Bodrum?

Experienced globetrotters try the local food in everywhere they go and Bodrum has a very rich local cuisine. We think that everyone must have heard of the famous Aegean cuisine and Bodrum is a place where you can experience the best samples of it. There are many eateries in town that serves these food.

If you prefer the tavernas, the street of tavernas in the city center is just for you. As its name suggests, it is a street that hosts many tavernas where delicious food is served including local fish and sea food. Fish, octopus, calamari and cuttle fish is served fresh. Talking about cuttle fish, we recommend you to try a dish which the locals refer as “garalı sübye”, cuttle fish served in its ink.

Bodrum cuisine is also known for its greens. Many greens such as wild radish, leaf mustard, sea beans, wild asparagus and sorrel are an integral part of Bodrum cuisine. These greens are usually consumed as salads, you can also taste the mezes made from these greens in tavernas. Do not miss the opportunity to taste the stuffed zucchini blossoms, which is a specific dish of Aegean. We recommend you to take a look at our article What to Eat in Bodrum if you haven’t done so yet.

Bodrum is a well-known holiday center that attracts tens of thousands of local and foreign tourists each year, and its legendary nightlife is one of the most important reasons for this. Bars, discos, live music venues, in short, whatever you expect from nightlife and more is on offer at the Bar Street in the town center. If music is very important to you, you should read our article Where to listen to music in Bodrum?

The first choice of rock music lovers is the Körfez pub, which has been serving in the same location with the same staff for years. Kule Rock City, which is very close to the Korfez pub, gets so crowded in the summer, it is almost impossible to get in.

The first place that springs to mind when it comes to live music is Mavi Bar which has been serving in the same venue for many years. Mavi Bar is a small and shabby establishment where you can enjoy spectacular live music performances.

One would have thought of Halikarnas Disco immediately but sadly it is no longer open, so if you are looking for disco-style entertainment, it is more reasonable to go to Gumbet. Gumbet has a lot of discos and the fun lasts until the early hours of the morning. As you can see, Bodrum is definitely one of the most accurate destinations for all those who want to enjoy a holiday and sightseeing experience.

Bodrum Tour Guide and Places to Visit in Bodrum

Where to Listen to Music in Bodrum? 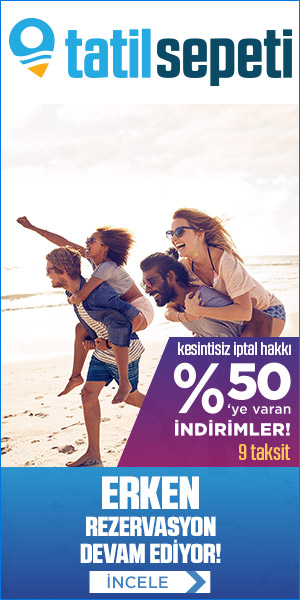 Bodrum is not only known for its beaches and entertaining life style, but also with festivals of various concepts throughout the year. Though not promoted enough, these festivals add color